Chocolate Manufacturers and the Surprising Reasons Behind the Chocolate Business Case 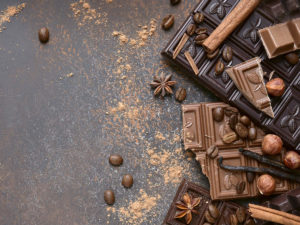 The chocolate industry is worth billions of dollars per year in the United States. Chocolate makers around the globe are hard at work trying to find ways to improve the quality and taste of their products, to bring production costs down, and to make chocolate accessible to more people. One sector that has become increasingly important in recent years is that of the farmers who grow the cocoa beans used to produce chocolate.

Cacao beans are grown in several countries across South America, and most of those farms are operated by small families owned and operated by individuals. The majority of the farmers are from small communities that earn a living by growing cacao beans and selling chocolate from their gardens. Most of the farmers grow the beans with traditional methods using deep composting to help keep soil that is full of nutrients. The beans also have to go through a process called germination, where they get injected with a microscopic cotton-like substance that encourages their seeds to sprout. 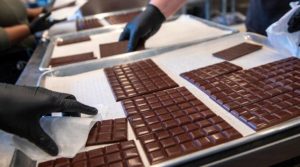 The cocoa beans that the farmers grow are used to make chocolate that are shipped around the world, sold in retail stores, and consumed by millions of people. Some of the farmers who work long hours harvesting cacao trees in the rainforests of the Amazon are forced to live on the land for extended periods of time, which can cause severe health problems. Cacao trees are extremely fragile and can be killed or harmed by the wet conditions and harsh conditions that the farmers are forced to endure. Many of the farmers have risked their lives and the lives of their families by becoming trapped on the remote, dangerous jungle terrain of the Amazon.

To ensure that workers continue to live in safe conditions, the chocolate industry has put a lot of money into education and awareness programs. A program called “edirosclerosis” helps farmers learn how to protect themselves and others against high altitude winds. Another program called CCCP or the Center for Community Knowledge and Promotion of Cocoa Processing and Sales in Colombia and Latin America was developed by CCCP in Colombia and the Latin American countries that are involved in the cocoa production. The program helps cocoa producers to improve the quality of the products that they produce and to reduce waste and corruption in the cocoa production and retail trade. This program is expected to reduce the impact of dioxins on the environment and to increase the production and sales of fair trade chocolate products.

The Center for Community Knowledge and Promotion of Cocoa Processing and Sales is a nonprofit organization. Its website states that it “provides rural communities with scientific information regarding cocoa farming, processing and marketing. Through seminars, educational programs and direct farm visits, this organization works to strengthen the livelihoods of local farmers in the cocoa growing and chocolate producing industries across Latin America and the Caribbean”. According to the World Chocolate Association (WCA), the Center for Community Knowledge and Promotion of Cocoa Farming and Sales is a non-profit organization that promotes the economic development of farmers in the cocoa producing and chocolate processing industries in the three Latin American countries that are involved in the production of chocolate: Colombia, Brazil and Peru.

The Brazilian company, Amaretto, is the main manufacturer of chocolate that has chosen to eliminate hazardous ingredients from their chocolate manufacturing processes. For example Amaretto has chosen to use potassium rather than using sodium nitrate which can often cause damage to the environment and animals in the Amazon rainforest. This is just one of the solutions being used by companies to reduce their carbon footprint and increase their responsibility as stakeholders in environmental management. This article has taken the information provided here and used it to generate additional research and detail on the topics of global economics, the political environment and the business case for chocolate manufacturing in Latin America and the Caribbean.